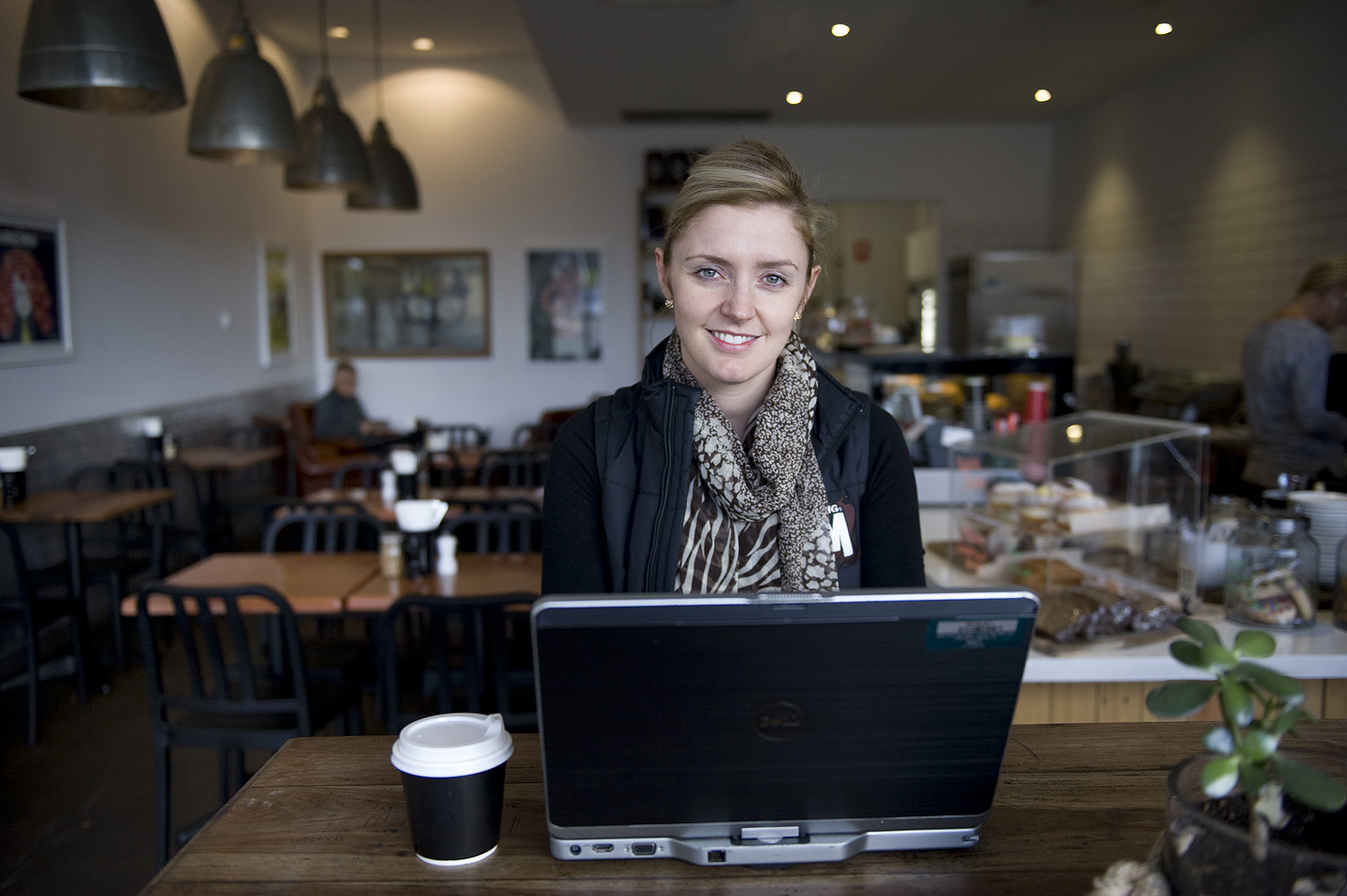 “If I don’t get asked at least twice a day if I can get free milk, my day isn’t complete!”

I switched careers from being a flight attendant to working as a sales rep for Lion Nathan.

I completed my VCE in 2002 in Hoppers Crossing. I was a bit confused about what to study next, so I got into animal psychology, not being entirely sure what the course entailed. I thought it would be a good opportunity to get into the veterinarian industry, as I loved animals. I completed the course, but it turned out to be more about research, lab work and testing on animals. I was too emotional for that.

I briefly worked at a bank, but that wasn’t for me either. In the back of my mind I always thought  of being a flight attendant. Flying seemed glamorous – little did I know then!

I applied to Tiger, a local airline. It was a daunting interview. The first stage was almost like speed dating – we were in groups of five, competing for the same role, knowing that out of the 50 girls present only 20 were going to get in.

Afterwards there were one-on-one interviews. It’s a very customer service oriented role, so there were a lot of behavioural questions, to find out how we’d handle different situations. Then they measured our height, which was strange, but now I know it was for safety requirements.

I got through and was accepted into flying school, which was a month of intense training, lots of manuals and exams. People thinking it’s just a trolley dolly job are completely wrong. When you’re in the air, you’re everything – you’re the police, you’re the doctor, the nanny – not just a food and drinks server. 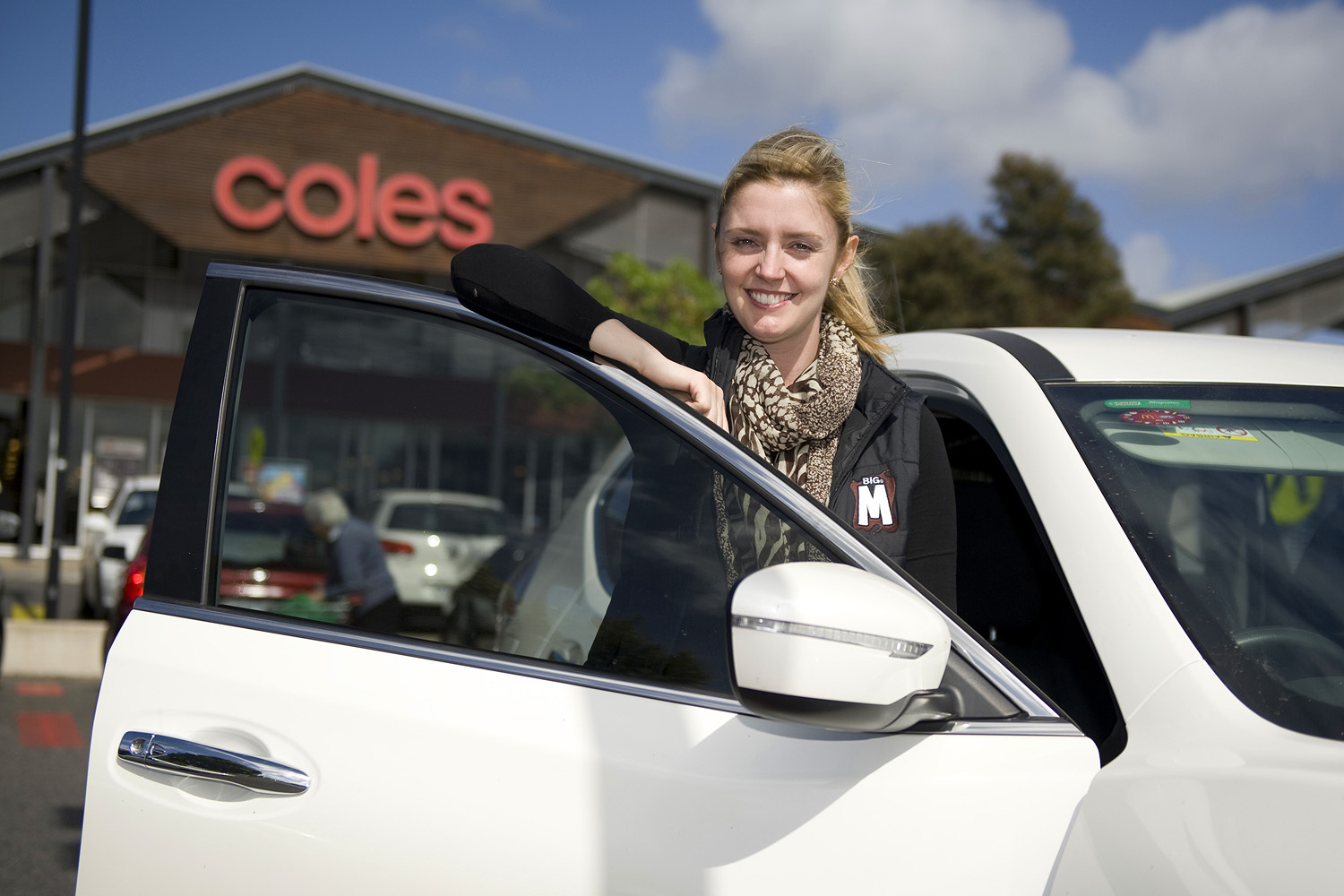 Usually you start your shift an hour before the flight. The cabin supervisor tests you on medical and safety questions. If you get them wrong, you are offloaded from that flight, which can be humiliating. Then you talk to the captain about flight times and the like. Afterwards is the most crucial part of any flight – safety check.

You make sure all the medical equipment is onboard, oxygen levels are where they should be. Then you get the passengers onboard, and they are not always lovely. You have good and bad days, but it’s always much more than serving food.

After two years I was asked to become a supervisor. I was very pleased to be chosen for it. I was 23 at the time, and in charge of a plane of 180 passengers, 4 crew and two deck crew. It was quite a big role for me.

I was responsible for anything happening on that flight – for the crew, for conducting their pre-flight tests and sending them home if they failed. I had to do it a few times.

It was not an easy decision, but a necessary one. Medical incidents happen – someone might have a panic attack, a lady once had a stroke on my flight.  Flight attendants are only trained in the basic first aid, so that can be stressful.

After a while in that role with Tiger, I applied to Virgin Australia which seemed like a bigger, more glamorous company. After an almost identical interview process as in Tiger, I got the job. That was probably my favourite time flying. I got to go to places like Bali on a fortnightly basis, each time with a few days stopover. That was amazing. 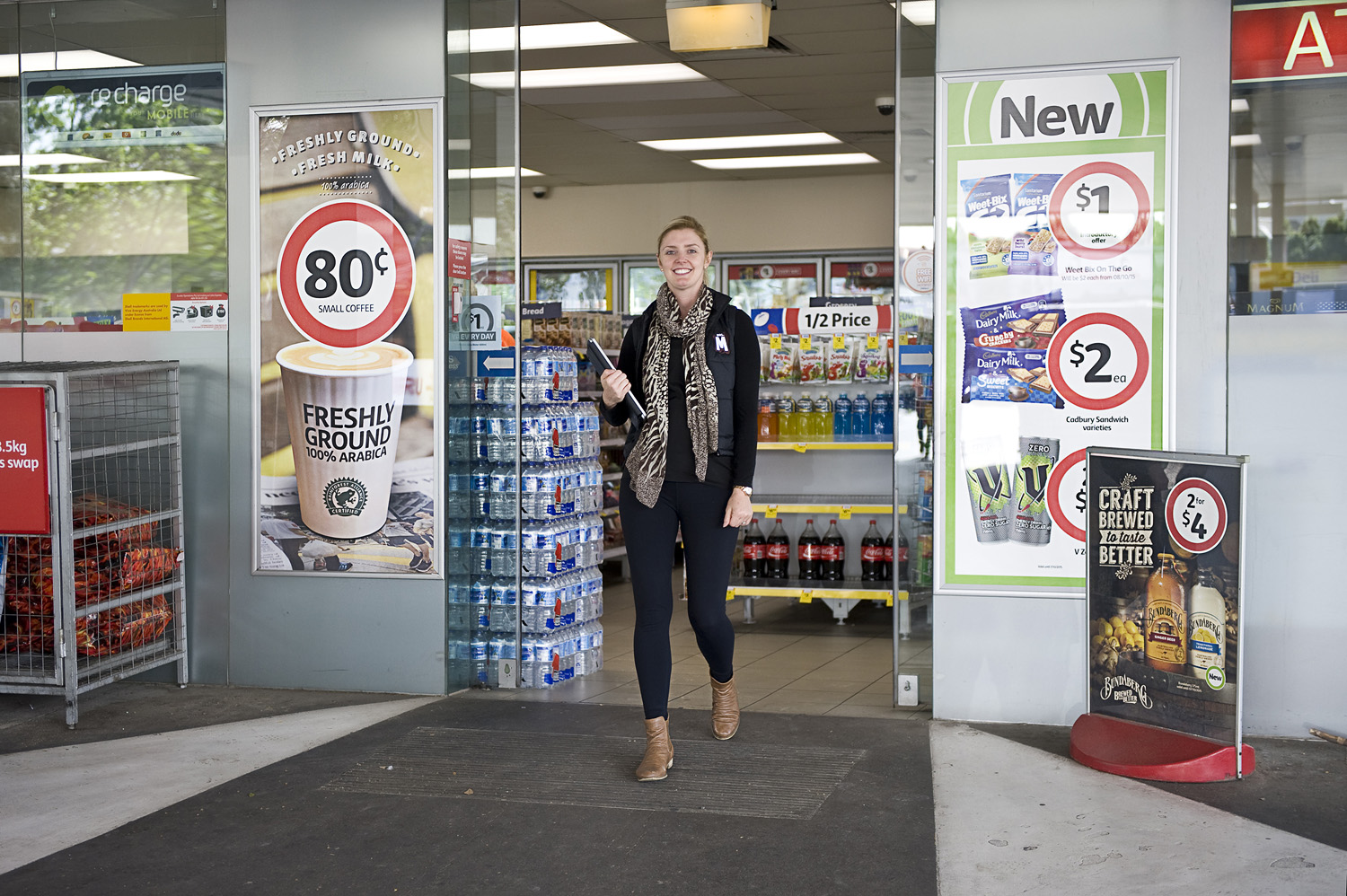 At Virgin, I was just cabin crew again. After a while I started training for the supervisor role, but then decided it was time to get out of flying. I had been doing it for about 6 years and was tired of missing out on things at home – birthdays, Christmases, weddings. I had just gotten married, wanted weekends off and a chance to enjoy normal life.

I wasn’t sure what to do next. Flying was a whole different world where everyone is like family. It’s very different from office environment.

I wasn’t looking for a specific job or industry at the time. I was starting a new career, so was more specifically looking for a company offering development and career progression.

A friend of mine was working for Coca-Cola as a sales representative. We talked about her job, and I liked the sound of it. The company seemed like a good fit. So I put my resume in and got an interview. It went well and I got the job.

Before I could start, however, it turned out the role was removed. I was really disheartened, and had to continue flying. But after 3-4 months another position in Coca-Cola came up and was offered to me – I gladly accepted.

I became a sales rep with Coca Cola in their grocery division. I was going round the stores, overseeing stocks and compliance. Unfortunately, after a year, I ended up hurting my back doing displays. I was pulling out a pallet of Coke and felt my back pop painfully.

I tried to ignore the pain for a couple days, but at one point I lost the feeling in my left leg. I remember I laid on the ground crying cause I knew something was terribly wrong.

The doctors told me I had bulging discs pushing on a nerve. That meant I couldn’t do any heavy lifting or physical work that I did in grocery division. 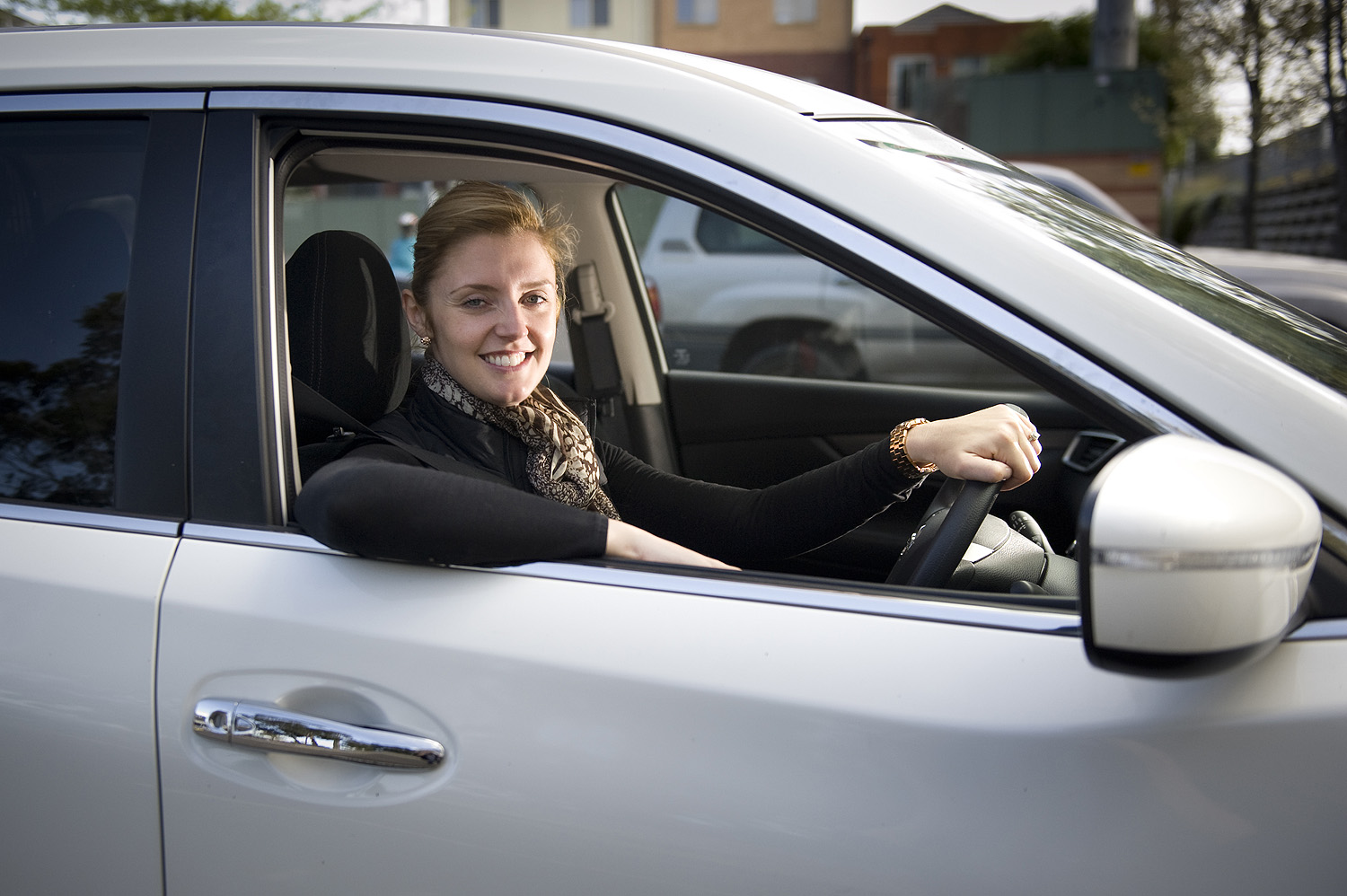 It was sad, because Coca Cola and people in there were fantastic. My boss tried to convince to wait while he looked for another job for me within the company, but at the time I was anxious to keep up my mortgage payments and also didn’t want to be a burden to the company. In hindsight, I should’ve stayed, as they would’ve likely found something suitable for me.

I worked as a retail store manager for 6 months and hated it. I also did some temping at the department of Justice for 4 months. Then I went into a real estate company, selling apartments off-the-plan. I enjoyed the challenge at the start, but didn’t quite fit into the office politics of that cutthroat industry.

Still going with the property phase, I went into body corporate management, as an assistant to the property managers. I was dealing with people’s problems and complaints all the time, no one ever called to thank me or say anything positive.

However, the positive thing was that I met my current partner there, who became my fiancé.

But I was still in a stifling office environment, missing the flexibility I had in Coca Cola. So when the friend who got me into Coca-Cola told me she was with Lion Nathan and they were hiring, I went for it. After three interviews and a medical, I got this job.

This role is similar to the one I had in Coca-Cola, though easier on the physical side. My back got better after 2 years of recovery through pilates and physiotherapy, but it was still good that the job didn’t involve much heavy lifting.

In my job I am on the road most of the day. I go and do my calls to supermarkets or petrol stations, making sure all is compliant with our guidelines and agreements, the products and promotions are displayed where and how we need them to be presented. I look at sales forecasts and targets to see what I need to try and sell in that week.

It’s my job to build relationships with the deli and grocery managers. I discuss upcoming promotions with them and try to increase sales for the longer term. I also negotiate to get more shelf space.

I work to achieve KPI’s; there is a target for every quarter. They are not always easy to get, but the targets are team based, which means the whole team is fighting for the same goal. When it’s a team effort, you don’t want to let the others down and be the reason everyone doesn’t get their bonus, so you work harder.

I have 20 teammates throughout Victoria. We meet up once a month to have a territory planning meeting and talk through the upcoming targets, promotions and sales drives. Even though you work on your own, you’re on the phone to your colleagues several times a day, so there is a sense of community, and there is someone to talk to.

In this role you have to be self-motivated and a bit competitive – it is sales after all.

Communication is important, too. The majority of my clients are great; some can be difficult, trying to get something without giving anything back.

For some reason with my job, everyone seems to think I can get them free stuff.  If I don’t get asked at least twice a day to get someone milk or drinks for free, my day isn’t complete!

My favourite part of this job is the diversity of my day. I’m in the car and on the road, visiting different clients – meeting a lot of people in a day. I get to walk around the city a bit and do most of my administrative work from a laptop in a nice cafe or outside. It’s also very satisfying to see the results of your work, like a great display that you’ve planned and sold.

It can, however, get a little lonely at times.

Sometimes I get people from the head office come out with me when they want to check store compliance. I have to be on my best behaviour for these days!

I was offered a Territory Manager role, but it was just when I found out about my pregnancy. So I didn’t feel it was right to accept. I had a baby in December and am currently on a 12-month maternity leave.

After that though, I want to return and catch up on my current role, but with the goal of becoming a Territory Manager. Lion is a big company, and there are plenty of opportunities.

Looking back, I wish I had a better idea of what I wanted to do after school. Maybe I should’ve gone down nutritional or physiotherapy avenue, as I understand the importance of health and exercise. But that interest grew out of my back injury, so maybe it was an experience I had to have to get where I am.

More than the industry I’m in, I’m interested in working for a good company and being happy with the people around me and my work. And having found this in Lion, I’m happy to stay, move up within the company while I also enjoy my life and my family.