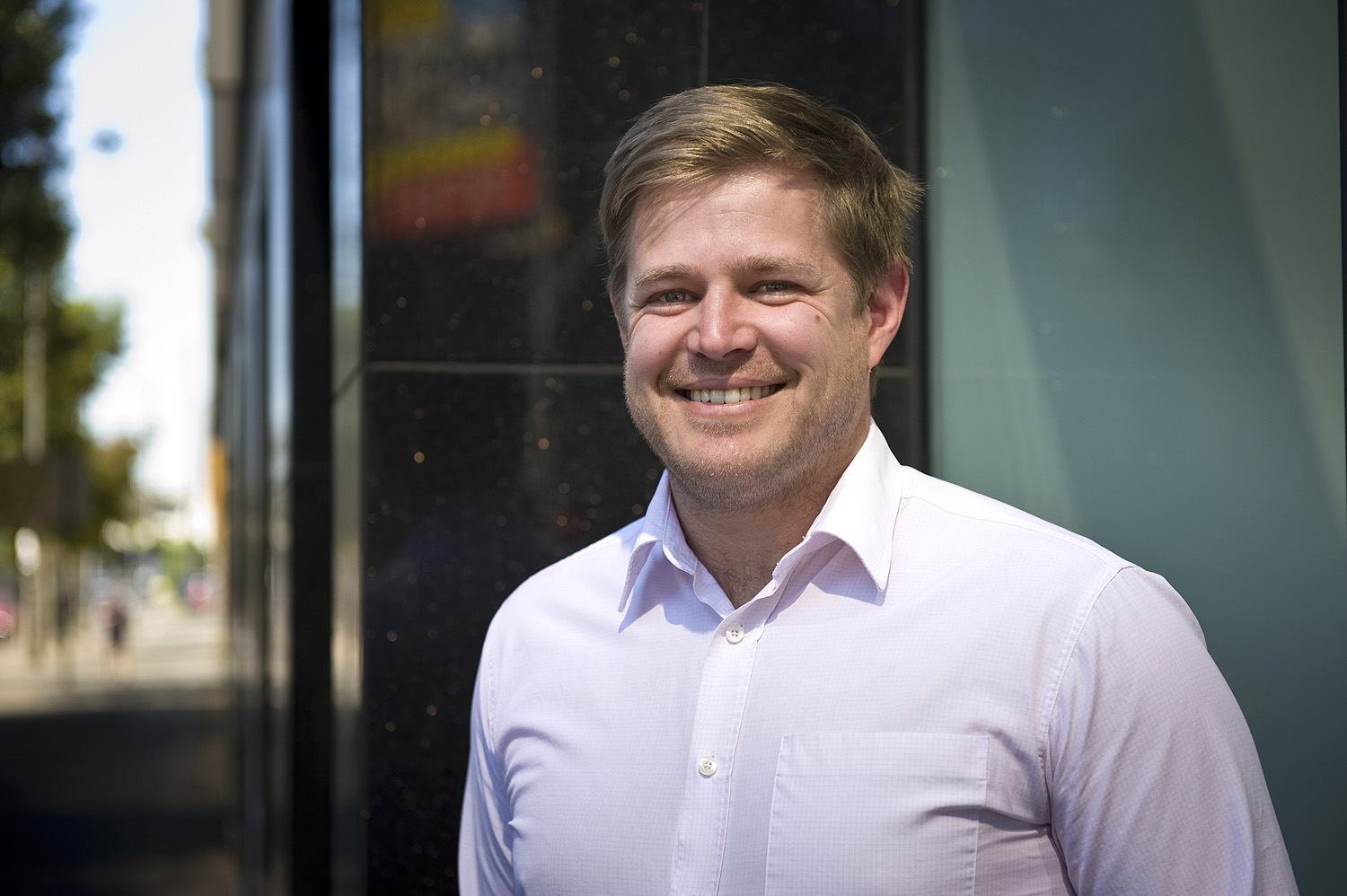 “Sometimes you have to give in a little, to think, ‘is it worth the fight?’  Now, even at home, I ask that question, and choose to keep the peace.”

Soon as I finished school, I went into a chef apprenticeship, but only lasted twelve months. There were a couple reasons, one of which is that I’m very clumsy. Once, I cut my hand and dropped a tray of caustic acid on the floor – burning my eyes – and had to work with patches on them. A month later, I was cleaning under the bain-marie when another apprentice emptied boiling water on my head. So, even though I loved cooking, I decided I was too accident-prone.

After that, I spent 3 years working in factories – first as a fork lift driver, then a storeman.

I was 21 when, driving from Lake Epiloch, I hit a tree at 100k per hour and was laid up for five weeks. During that time, realizing I didn’t want to be a forklift driver forever, I decided to return to uni to do a Diploma in Criminal Justice, as I’ve always been interested in law.

I finished in two years and went to work for Immigration as an officer at a detention centre in Maribyrnong. My job was to monitor detainees – either criminals whose visas had been cancelled because they committed a crime, or overstayers.

People think detainees are boat people, but they weren’t then. Most were migrants living in Australia on a Permanent Residency, but who didn’t have a citizenship. The law is, if you’re here on PR and you commit a crime, your PR is automatically cancelled. We had murderers there, mafia, Triads – a lot of aggression. 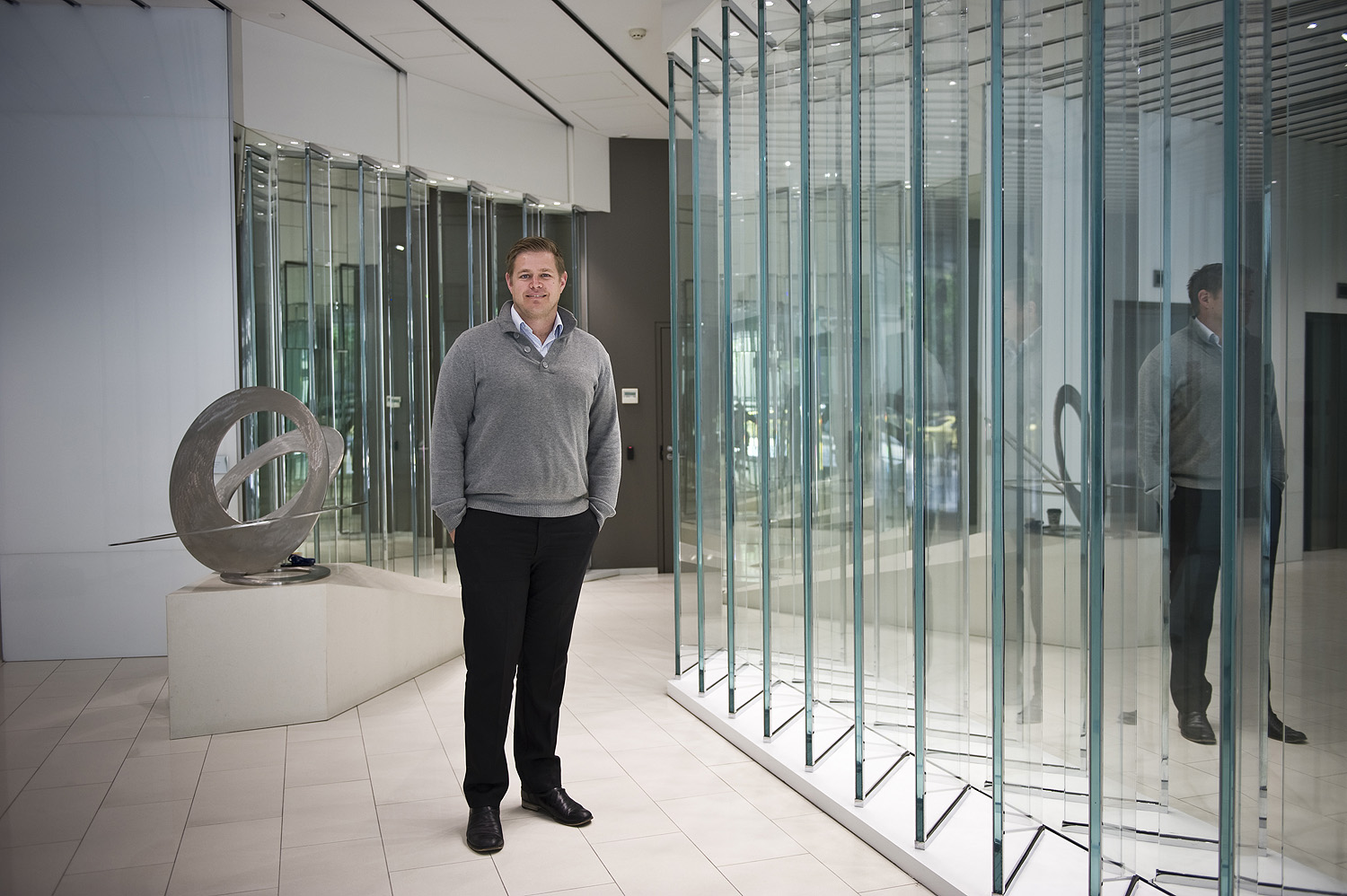 My first day on the job I was handed a baton. They were dragging a guy down the corridor because he smashed a mug into a female officer’s face and we beat him black and blue. That was the job in a prison 12 years ago.

In that environment, you can’t be too black and white. If you’re not a bit “grey,” you might get beaten up, and you certainly won’t be liked.

I started as an officer, and quickly worked my way up to a CSM (shift manager) position, which I did for two years.

Part of that job was escorting detainees back to their countries. Some just walked out of their airports. Some I had to hand over. I remember two guys that I handed over in China – from their reactions, I suspect that they were immediately taken out back and shot.

But I got to travel a lot – London, Italy, China, Russia, and Belarus. After each handover, I had a five-day holiday, so I got to see the world. My thing was to travel around and see all the important sights.

At the same time, I was also pretty good at footy and was playing semi-professionally for Strathmore. Then Glenroy poached me and offered a lot more money, so I went casual at the detention centre, working two or three days a week and playing footy on the weekends.

It was a lot of fun, but as I hit 27 I thought, “footy isn’t going to be around forever.” I was getting married too, and decided I’d better start getting serious. Up until then, my reputation at work wasn’t great – I cruised through, doing the bare minimum, often taking the piss. 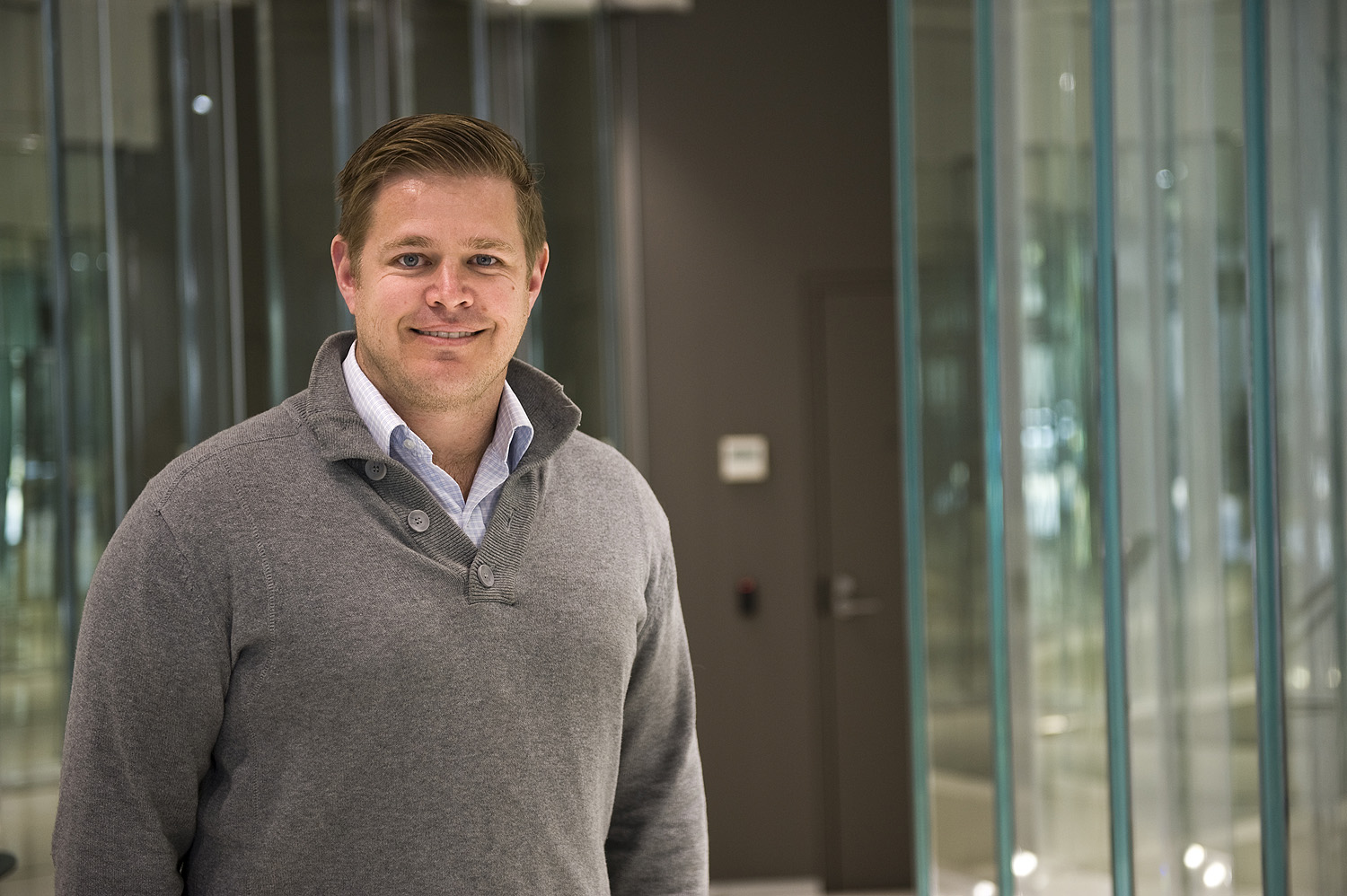 However, once I decided to focus on my career, I took the first opportunity to go back to full time at the centre and knuckled down and worked hard. Within six months I was promoted to an Operations manager, the next position up from CSM.

After another six months, I stepped up to Senior Operations manager, overseeing two Ops managers, as well as organizing transfers, airports, staff briefings, and searches. I was second in charge at the centre, managing immigration, detainee welfare, dealing with financials and running budgets.

We had a lot of escapes then. And even though we submitted prevention recommendations, Immigration would not implement them because they wanted to be seen as using a soft approach. Yet it was us who got in trouble when people escaped – someone had to be blamed.

So after ten detainees escaped in three months, the authorities went looking for blood and my boss was transferred out of his job. I stepped up to the GM role.

Even though I was only 29, I was confident. Looking back now, maybe too confident. The first six months, things went perfectly, with no breaches or escapes. The company earned a bonus for the first time. My wage jumped 100k in two years since I started. I was living like a king.

At the same time, I worked crazy hours – being in charge of the whole centre, you’re on call 24/7. It took a toll on my marriage and we divorced. 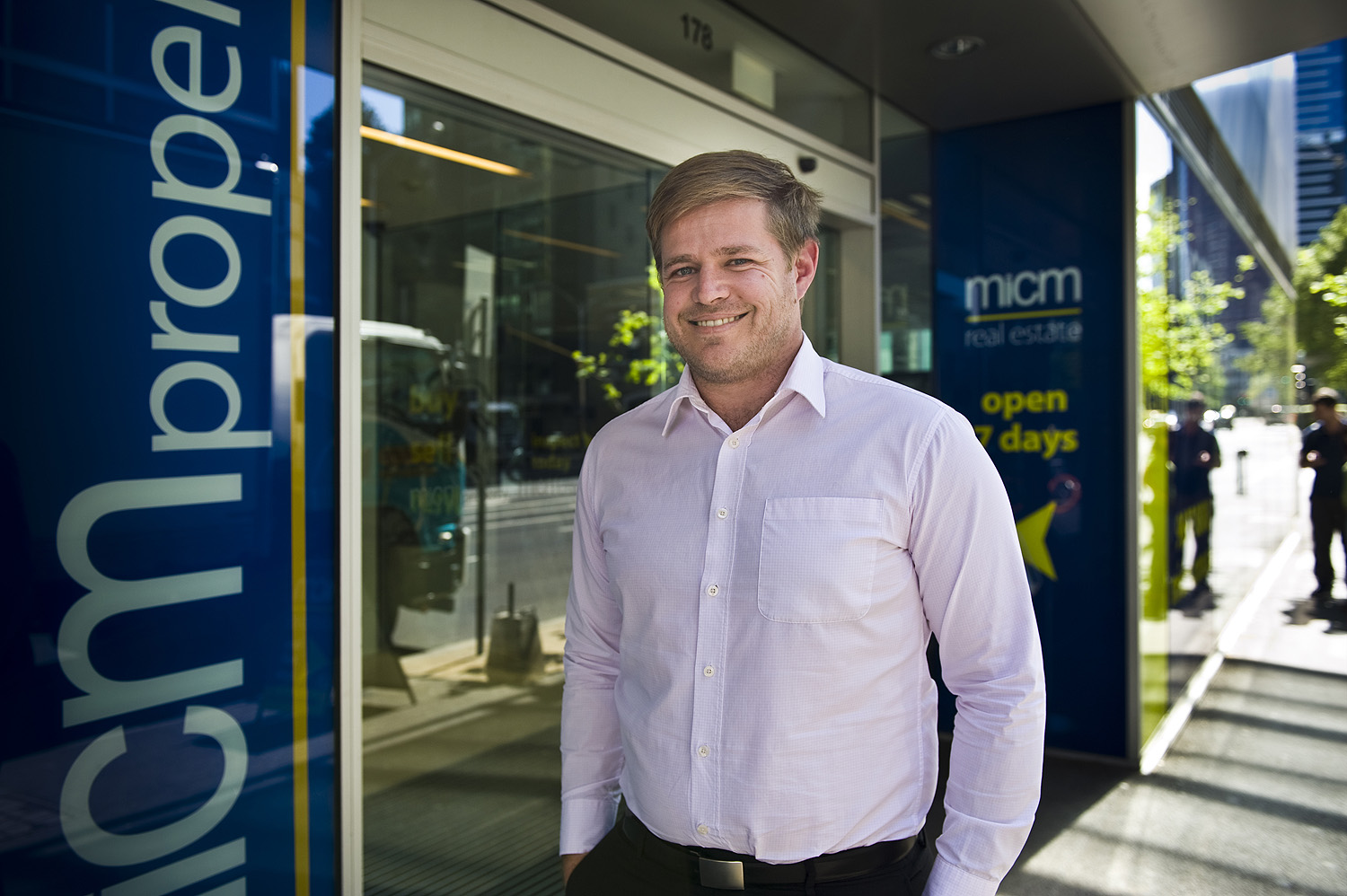 I met my new partner at work, she worked at the centre, but in the immigration department. I warned her not tell anyone about our relationship, knowing how the politics worked there. But she didn’t want to keep it a secret, and after about six months, started letting people know about us.

It didn’t go down well. It was considered a conflict of interest, even though our work was unrelated.

After that, the GM of immigration worked against me and things became hellishly tense. And when we eventually had some escapes, I was transferred to the national office, just like my old boss. The fallout naturally affected my relationship, and we broke up.

The new role was terrible, I was stressed and overworked, and hating it. I went on stress leave for a few months, and then struck a deal with them and left.

I still miss it.

I knew that job backwards and loved it. I miss knowing all there is to know about a workplace, the people; just knowing how everything works and being a part of it all.

There were drawbacks, of course. The hours. I also become very racist during that time. You see only the worst of the worst from every nationality, and it does taint you. So that’s one thing I don’t miss – I’m not like that anymore.

I worked for my uncle as a cabinet maker while looking for another job but, as a GM by 33 years of age, I couldn’t find another role at that level. People thought I was too young. At the same time, it’s hard to look for less senior roles because employers thought I was overqualified. I applied for about a thousand jobs over six months, before finally landing two offers.

One was an Ops Manager for Department of Health.

The second was a Body Corporate manager and, though the first offered better money, I chose to go into property because I needed a change. 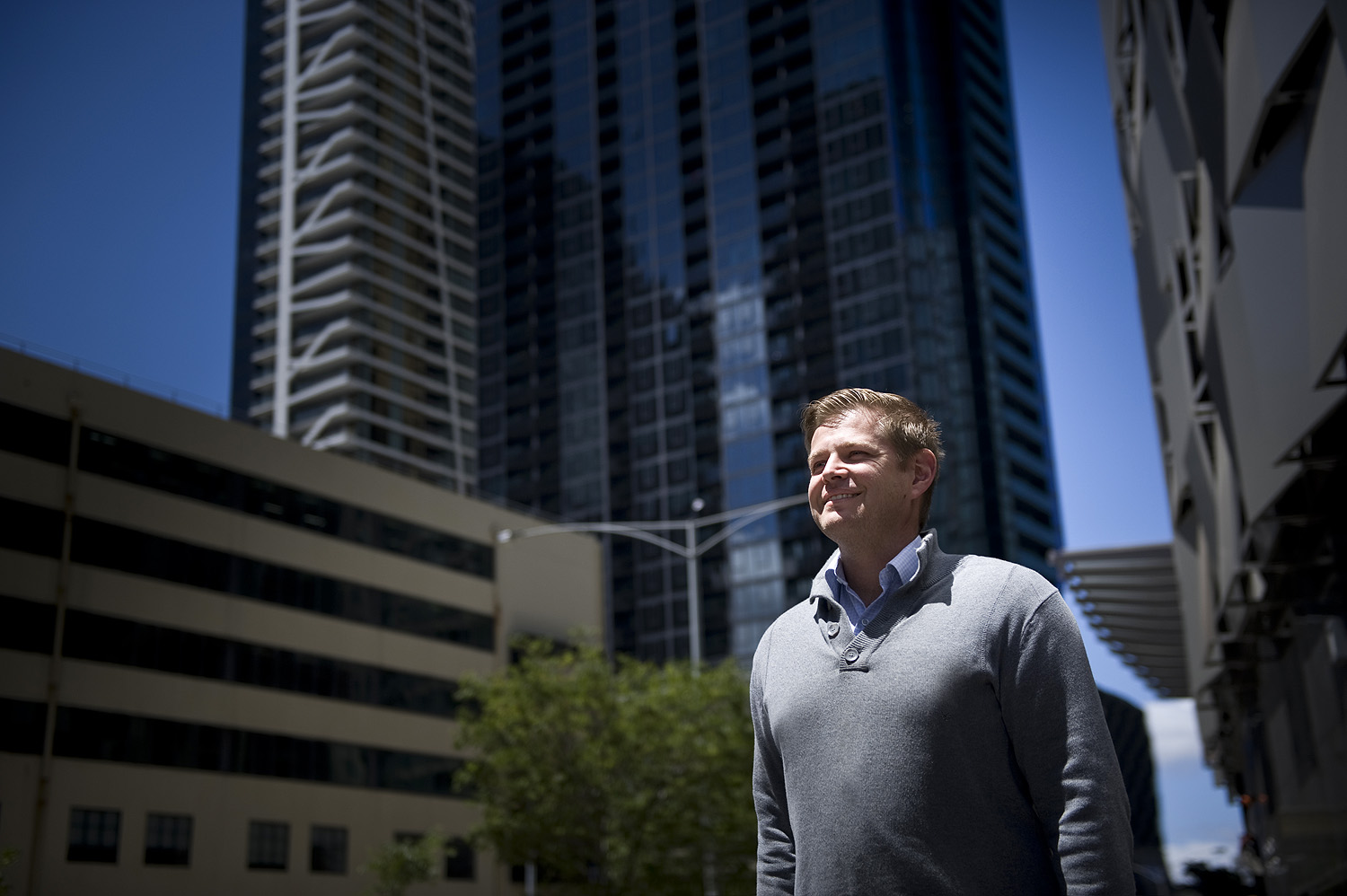 That job was overseeing the maintenance of common property in small blocks of units. I was in charge of 90 properties, dealing with individual owners directly. It was chaotic. People called asking to repair a broken fence, upgrade their garden, fix a cracked driveway. A lot of complaints, a lot of arguments.

I can’t understand people buying properties without understanding what they’re buying. I get calls complaining of electrical faults or wall cracks. An owner of a townhouse whose driveway I manage calls me about his leaking roof.

Another example: One guy rang me asking how to charge his wife’s disability scooter from the building’s main power. I explained that it’s not possible to use common power, as it would mean the whole building is paying for it. I told him he had to install a plug in his own space, so he accused me of being cruel. That’s hard to hear, but I represent everyone in that building and can’t just add his expense to everyone’s bill!

Still, I picked things up quickly and became pretty good at that job. I also met my fiancée there! Yet I was getting paid crap money. By this stage, I’d lost two houses and two dogs, and was flatting with three party girls in Middle Park. I didn’t want to live like that. I asked for more money and when they refused, I went looking for another job – and got this one within three weeks.

Today, instead of 90 small properties, I have 10 apartment buildings with commercial properties on the lower levels.

This company is much less bureaucratic, and encourages me to cut through red tape to get things done. They build, sell and manage their buildings, keeping everything in-house, which makes the process easier. 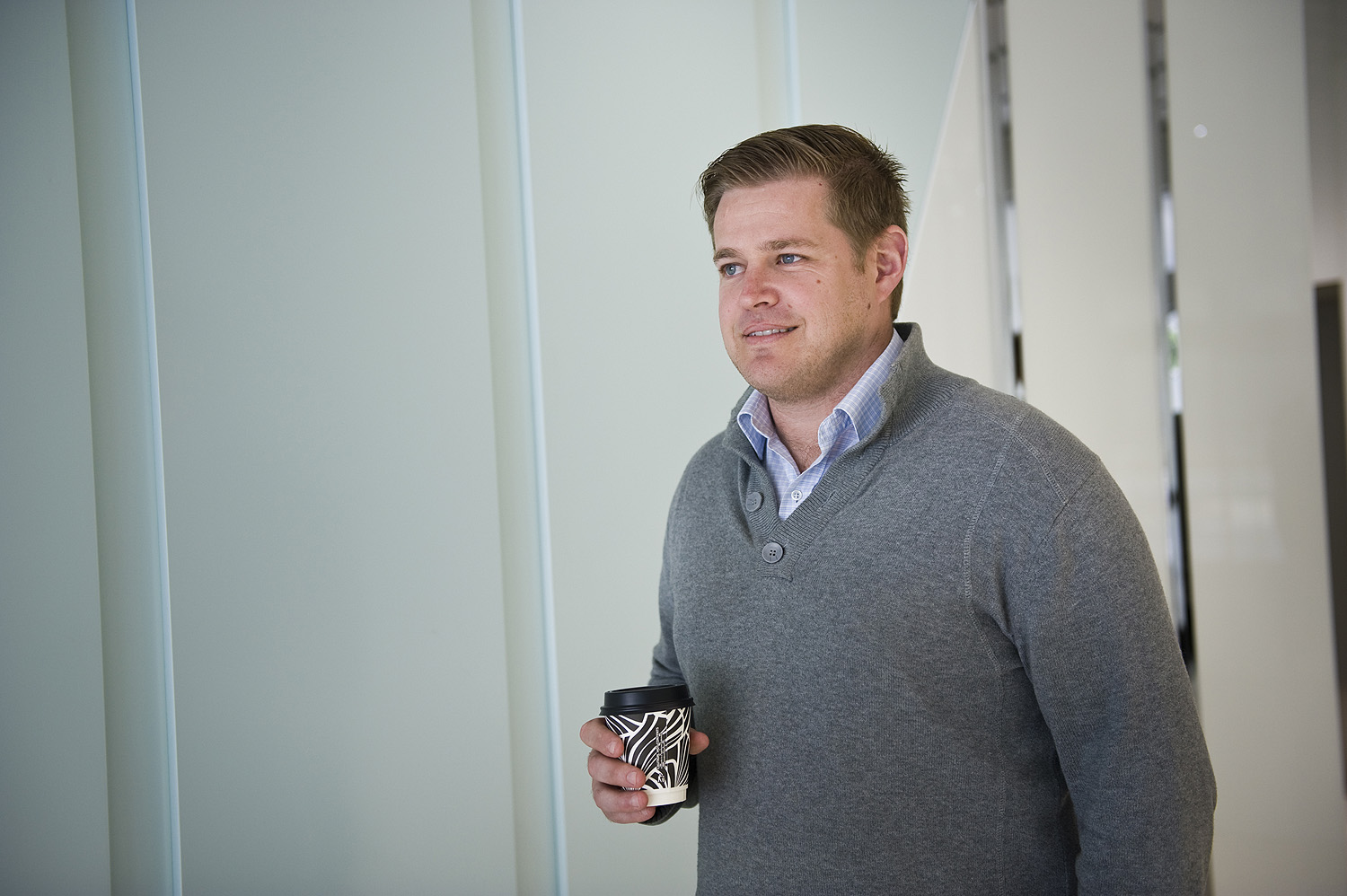 In the three months before I started, three managers came and went. All the owners’ corporate committees were unhappy. They wanted to leave because of the instability, but I talked them down. It’s all good now. After 18 months, I’m starting to enjoy the work. I didn’t like it at first, because of the endless complaints and negativity, but I’m dealing better with it.

I have about 100 owner corporation members with whom I deal directly and have built personal relationships with. They know they can ring me any time and they trust me. So knowing I’m keeping them happy is satisfying.

In fact, I was recently offered a job back in security but, after weighing the pros and cons, declined. Whilst there is some after-hours work in body corp, it’s not round the clock like before. We have a baby on the way and the money is good.

Sometimes you have to stick in a job that’s not ideal and focus on other priorities.

Ultimately, I’d love to own a cafe. Ever since my ill-fated chef apprenticeship, I’ve loved cooking. It relaxes me and I cook every day at home. My fiancée and I have discussed it, but, for now, I just want to be stable and settled. I have a family to look after. I’ll sit tight and be comfortable for five years and revisit my life plans at 40.

Looking back, I probably shouldn’t have gone into a GM role so quickly. I should’ve realized I wasn’t ready. I was too young and pig-headed, I didn’t understand how to manage politics.

If I had been a bit older, and smarter, I would’ve been more diplomatic. Rather than “it’s my way or the highway,” I would’ve said, “how do we solve this? Let’s discuss it and compromise”.

Sometimes you have to give in a little, to think, “is it worth the fight?“ Was it really worth getting moved to Canberra because someone disagreed with me? No, it wasn’t. But I was too focused on being right. Now, even at home, I ask that question, and choose to keep the peace. Even when you’re right, sometimes you have to give in to achieve the bigger goal. That’s the biggest lesson from my career.