“I got to the stage where I’ve been flying for over twenty years, and I needed a change.”

I juggle two roles: a flight attendant and a real estate agent.

I didn’t do very well in high school as I was more interested in boys and partying. After high school, I found I didn’t have any real job prospects. So I went to work for my dad, who was a chemist. He trained me up to do dispensary work, fill out scripts and do customer service, which allowed me to get a better role within a bigger chemist franchise two years later.

I worked there for seven years, progressing within the company. By the time I was 25, I was managing the whole branch, doing the payroll, buying stock and overseeing staff. I did enjoy it, but knew I didn’t want to do that for the rest of my life.

A friend wanted to be a flight attendant and talked me into applying with her, even though I hated flying! The day I came in for my interview, I bumped into this bloke in a corridor, and asked him where the interviews were, and we ended up having a friendly chat. I went in and when the interviewers came in, he was one of them. I think that initial meeting, and the good impression I made being bubbly and friendly was what sealed the deal, as the airline valued qualities like that.

But the interview also went well. I guess because my life didn’t depend on getting that job, I was relaxed and natural. In Adelaide, there were no group interviews like in the bigger cities, so that was it.

When I found out I had the job, I was terrified. I didn’t like flying! I put off starting for months. I was crying the night before I left for Sydney.

I stayed with friends in Darlinghurst. Back in those days, there were syringes on the footpaths and junkies wondering around. It was sort of groovy, but very divvy – I loved it though. I met a builder who was doing some work on the house where we stayed, and we got engaged six weeks later.

My first trip was to Tahiti, after 6 weeks of training. I remember getting there, sitting by the pool on a Wednesday morning, thinking that it would be freezing in Adelaide right now, and I’d be doing the banking or payroll, and I thought: “I am so lucky”. 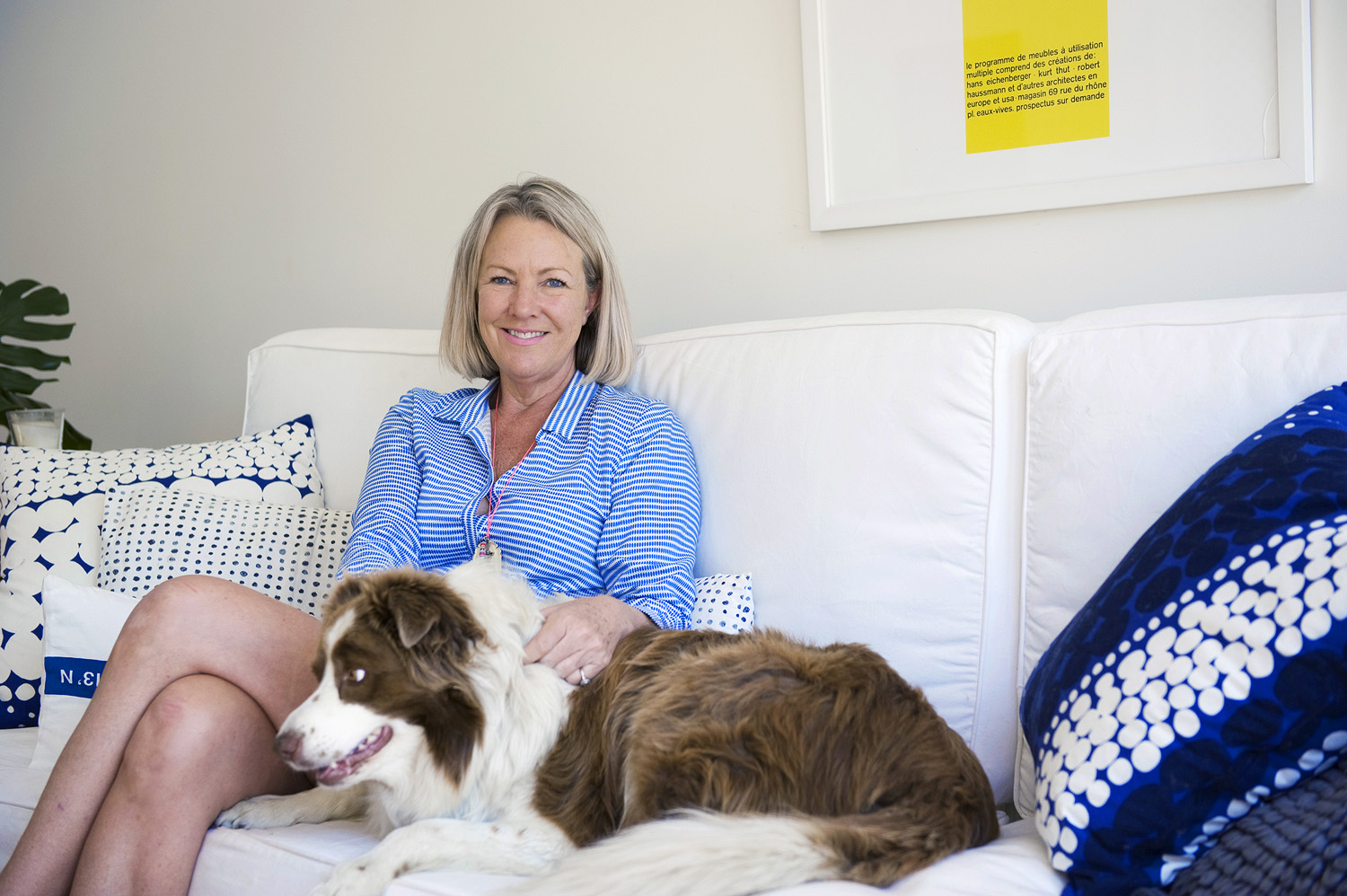 For the next ten years, I traveled the world. That was late eighties, early nineties – they call those times the glory days of flying. We’d get three days in each port, stay in amazing hotels. Working in first class was fun, and the passengers were lovely.

A lot has changed since then, the quality of the hotels, the amount of work expected from staff. What hasn’t changed is the pay! It’s almost exactly the same as 27 years ago, so not quite as lucrative anymore.

The passengers have changed a lot. Back then, flying was seen as a treat, something special. Nowadays, it’s like getting on a bus, and the people’s attitude to staff reflects that.

Economy is the hardest slog; most of us have bad shoulders and backs, from constantly pouring drinks and bending. Passengers bring on bags that weigh a tonne and expect you to pick them up for them, and sometimes you just can’t.

The airline is very good about it though, they are very OH&S focused and teach staff to bend & lift the right way, ask for help. There’s been a lot of development since the early days, particularly in customer management and service. I did a few courses over the years, like Japanese or the Positive First Response course, which was developed by Mary Gober. The idea is that you never start with a negative. If someone wants something you don’t have, you don’t say “no, I haven’t got it”. You respond positively: “I’d love to be able to help you with that, but…”

Seventeen years ago, I transferred to domestic. I had two little children and hated being away. Even then, it was hard leaving them for 2-3 days at a time.

I love the people I work with. When you’re stuck in this tube, for hours, with 300 passengers, it’s the crew that help each other get through the shift. I found the camaraderie fantastic from the start, we’ve had so much fun over the years.

Lots of crew are together.

Captains , flight attendants, crew – all sort of pair-ups. The ration of male to female crew is pretty high, maybe 60 to 40. My partner has been flying for 31 years, we met on the plane sixteen years ago. It’s common for partners to fly together. If you stay over in a port, it’s a like a mini getaway, which is nice.

Then about five years ago, I got to the stage where I’ve been flying for over twenty years, and I needed a change, a chance to use my brain.

I’ve always loved houses, so when I saw an ad in the paper for a real estate company recruiting a trainee, I signed up for their course. I kept my options open and just took long leave without pay from the airline. I finished the course, which I really enjoyed, and just as I was about to start work, I was warned by a friend who already worked there that the director was a crook and a bully. “Bugger”, I thought.

As luck would have it, I was getting a haircut a few weeks later, and got chatting to the person next to me, who worked at a different agency. They told me that their director was looking for a PA. I rang him out of the blue and asked to have a chat. A few weeks later I was working for him.

I started doing all the preparations for selling a house: furniture staging, photography appointments, designing and printing boards and brochures, setting open times. I had to learn how to use a computer fast!

My first day, the director asked me to call a potential buyer to answer some of her questions. I rang, and just through friendly chatter managed to get an appraisal meeting for her home. We went to see her two days later and she listed with us! And it sold really successfully.

And I thought, “this is easy!”

And from that first listing, I met more buyers and sellers, and got the ball rolling. I stayed as a PA for two years and did really well in that time. I was getting a decent salary, plus commissions on the houses I listed. The market was great, so I’d have 3-5 houses on the go at a time. I loved the agency, and the people I worked with. There were hairy moments of course, negotiations, but there was always support from co-workers and the director.

I decided to take the next step and became a full time agent. That’s when things turned south. The property market crashed just as two new agents opened offices in the area and competition ramped up. My mum became unwell. I was separated from my partner at the time, so was on my own.

As an agent, you don’t get paid a salary, just commissions. There is a retainer, but if you don’t sell enough, you are just building your debt to the agency. I couldn’t support myself on real estate work, and after struggling for a while, went back to flying.

But of course, once I was back up in the air, the phone started ringing and shortly I had 2 houses listed and more appraisals. From there, the market slowly picked up again and old clients started ringing.

And that’s how I ended up doing both jobs. Juggling both work commitments can be a challenge. I fly 2-3 days a week, plus often you get drafted, which means you get pulled in for an unscheduled shift. It’s called an incentive pay day, and it’s great money, though it can be very tiring.

I still love my crew, we’ve worked together many years and it’s like another family in the air. The worst part of flying is the tiredness – after a 10 hour day you’re exhausted, physically and mentally.

I keep my weekends free to do opens and auctions, plus Mondays are the days I go to the office to call buyers, follow up on all enquiries from the weekend. I often team up with another agent at the office, and we help each other with appointments, offers and negotiations. I don’t spend a lot of time prospecting, I know I should do more. I am more direct, and just call the people I know are in the market and need help.

I love when I get a top price for a home, and the vendor is blown away, happy and excited. It’s a great feeling of achievement. On the flip side, not delivering a result is devastating – it could be for a number of reasons, whether there’s a dip in the market, a unique home that doesn’t appeal to the crowds, or unrealistic expectations. People’s expectations can grow dis-proportionally in strong markets: they see amazing results in the street and expect the same, without taking into account how their own home compares.

I enjoy both jobs. In an ideal world, I’d love to do real estate full time.

However, being on my own, I still rely on a stable income that flying brings and I don’t want to give that up. I can retire from flying at 65, which is not that long away, really! Then I’d like to keep doing real estate, and maybe buy a bit of land in the country to keep some horses; they are a passion of mine.

I look back and sometimes think of missed opportunities. When I was 19, I had an offer to work as an assistant to a David Jones buyer. I think that could’ve led to a very different path, and regret not trying it. The same with declining an offer to compete in Miss Australia, which could’ve been life changing. There were other chances to take different paths, to do something differently, but in the end, I think, I’ve had an interesting and colourful life, certainly it’s never been dull! I’ve worked bloody hard, and I’m happy with the place I’ve reached so far.