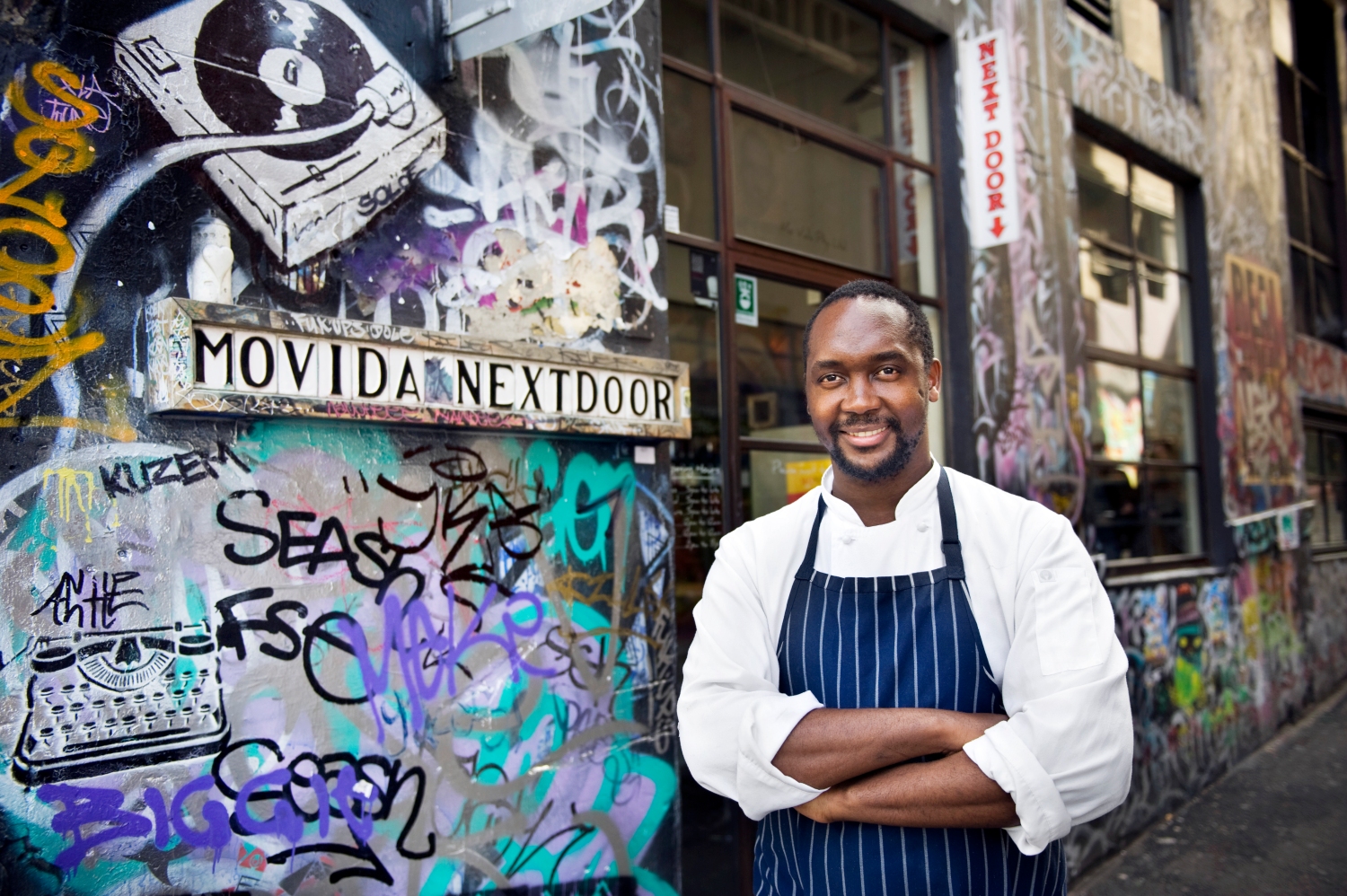 “Going home empty-handed was not an option”

I am a chef de partie at MoVida Next Door in Melbourne.

My first passion was IT. I’ve always loved doing it, starting with high school. It was really interesting, especially in Zimbabwe where I am from, because it is a developing country and it’s a relatively new thing there.

After I finished my A-levels , I did a graduate diploma in IT at National Institute of Technology. NIT is an Indian college, but they have a subsidiary in Zimbabwe. Originally I wanted to be a systems engineer, but I ended up doing network engineering at NIT, because in order to do systems you had to have really high grades, which I lacked unfortunately!

When I finished my graduate diploma, I applied to come to Australia to do my degree. Firstly, because the university here had better resources, more advanced technology and equipment than you could get at home.

Also, I thought studying in Australia would allow me to work here afterwards and get experience in a more advanced country than Zimbabwe. However, I always planned to return home and use that advantage to start my own IT business.

My degree took three years.  I loved it at first.  After you finish uni, you are so confident that you can get any job you want.

But when I finished, I realized how difficult the job market here is to get into. I spent nine months looking, sending resumes. I didn’t get a single interview.

As a foreigner on a student visa, it was hard, as it only allows you to work 20 hours a week, while most companies need full time workers. My student visa was running out and I managed to get a graduate visa, but by that stage I was despairing of getting IT work. In order to stay in Australia, I had to look at other options.

Going back to Zimbabwe with nothing but a degree wasn’t an option. I couldn’t face going home without the workexperience I came to Australia for. I might as well have stayed home and did a degree there! 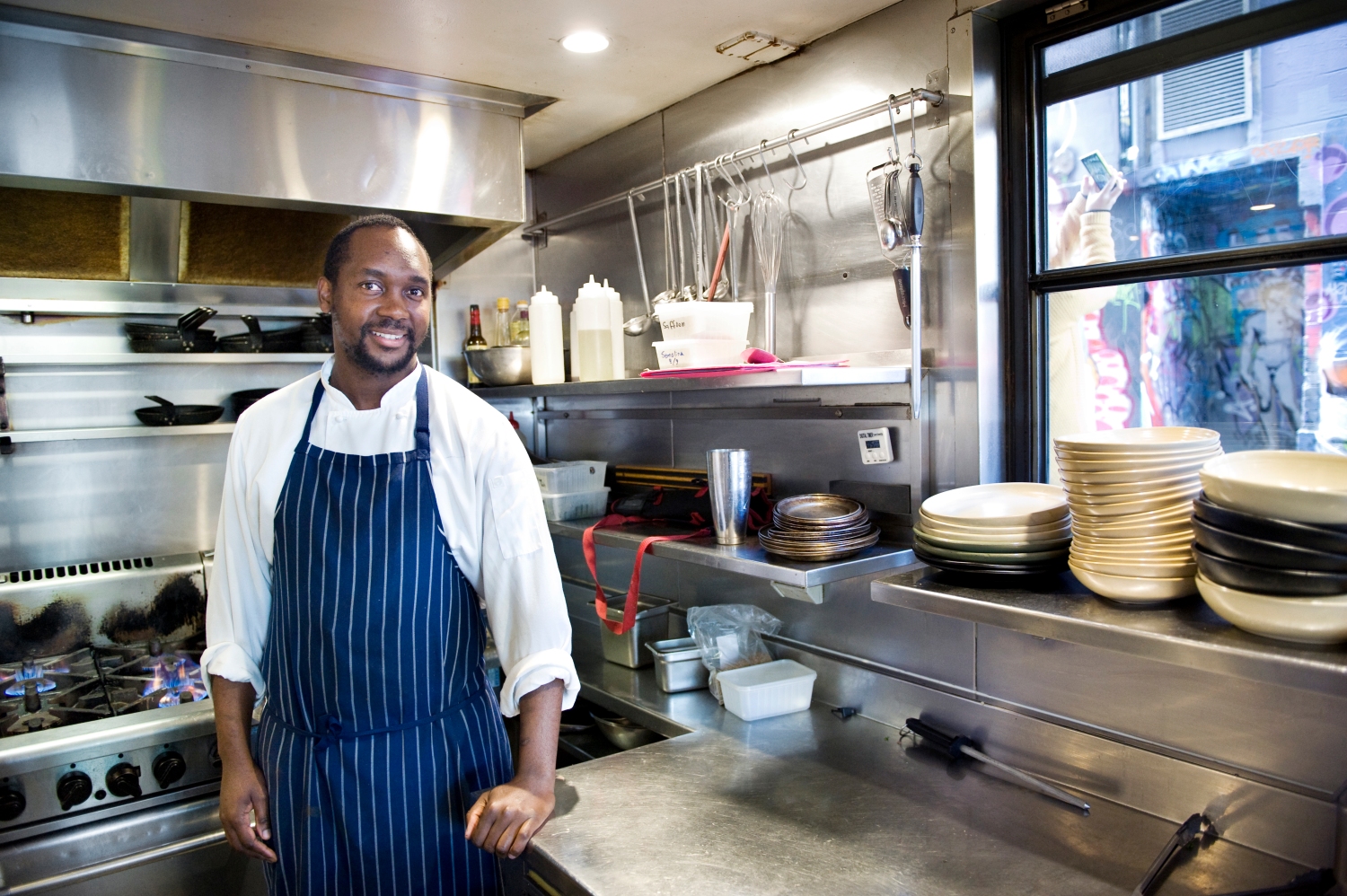 The whole time I was studying, I was working part time as a kitchen hand at MoVida. At first I thought about looking for other work, and even gave them a resignation letter. Then my friend, who also worked there, advised that I speak with Frank Camorra, the owner at MoVida, and explain my situation truthfully to him. I didn’t have anything to lose, so I did that.

At first, I tried to focus on IT. MoVida is a pretty big business, and have their own small IT system. I’ve always helped them with it – whenever something broke, or wasn’t working, they’d call me up to the office to fix it. I was the go-to computer guy.

I said to Frank, “You guys have a small network, would you like to sponsor me as your IT specialist?”  At first Frank was keen, but then he talked to his lawyers and realized how hard it is would be for a restaurant to sponsor an IT professional. He decided against it. But because I’ve worked for his kitchen for more than four years, he was happy to sponsor me as a chef. MoVida already had a few chefs on sponsorship, they understood that process.

But to get that kind of sponsorship, you had to have certain hospitality certificates.

I had to go back to school to do my Certificate IV in Hospitality Management.

That course normally takes years years. My graduate visa was for 1.5 years, so I approached my tutors at the college and asked if there was some way we could fast track my hospitality certificate to get it done in that time frame. Luckily they said yes. Once I completed the course and got my sponsorship, I was promoted to cook, and then to chef de partie a year ago.

I am still learning, I’ve only been doing this for a year, learning how to run a kitchen.  We start with prepping the food, getting it ready for cooking at night.

I now work on the hot side of the kitchen, with the other chefs. There is also the larder section, ‘the cold side’, where apprentices work.  In the morning, we start prepping the food, getting it ready for cooking at night.

My favourite thing to prepare is fish. This used to be my most hated job. Fish is expensive and you don’t want to bruise it when portioning. It’s easy to do if you don’t have a sharp knife and plenty of experience. At the start, I used to bruise it a lot and make my head chef very angry. But now, after a year of doing it every day, I’ve become very good at it and love doing it!

Aside from prepping and cooking, I am also learning how to a run a kitchen professionally.  Just recently, I’ve become involved with pricing the food. You price by taking total cost divided by the quantity of the food, and then adding 30 percent – that’s the desired profit margin.

My least favourite part of this job is doing the double shift. A double shift starts at 10am and finishes around 12 or 1am, with one hour for lunch.

The long hours are a drainer and hard to have a social life. Luckily, my wife is a nurse.  So both our work hours are all over the place. Most times when she gets home, I’m getting up to go to work.  But it works for us, we understand the demands of each other jobs and the hours that go with them. However, when we do get to spend times together, we really appreciate it. We both get Mondays off, so that’s our day to spend together.

I have put aside IT, and barring a miracle, I cannot see myself returning to it.

In IT, there are new developments every day, and I have already missed out on so much since I’ve finished study.  I have spent eight years in the kitchen and that’s solid experience I can use in the future. I want to remain in hospitality and start a business. I may even do a management course here once I get my Permanent Residency – right now it would be too expensive and I’m too busy working.

My working visa is for four years. This February I am due to get my PR, and will stay with MoVida for another two years to see out the visa conditions.

I would love to get an opportunity in MoVida to move up the ladder in that time, however my ultimate goal isn’t to be a head chef, but to start my own business in hospitality.

I want to return to Zimbabwe because it is my home. That is where my family is, and my wife’s family. I miss my big family, here it’s just us two. As you grow older, family becomes the most important thing.

Essentially, I am still wanting to follow my original plan – get education and working experience here in Australia, and then move home to open a business there. Except now instead of IT business, it will be a restaurant.

There is a big market for new restaurants in Zimbabwe, it’s a new thing that’s recently been introduced and it’s really taking off.  I wish I had the money and resources to go now.  At the moment, we have people from China really taking advantage of it, they have the money to open all these new places that are seeing a lot of success. I hope to join them in a few years time.

Even though I was originally disappointed that my IT plans didn’t go anywhere, I’m the kind of person who believes if something didn’t work out for me, then it wasn’t meant to be. So I just roll with what’s working – and accept that it is my purpose. I love what I’m doing at the moment and I’m focused on progressing in this industry.  I’m looking forward to my future business, both here and at home.