“I am big on not having regrets.”

I’m an events manager at a winery in Lancefield.

I coordinate weddings and conferences, which involves liaising with clients, discussing details, planning and overseeing their events.

I wasn’t sure what to do after school; I moved around, doing hospitality and sales jobs. After Year 11, I worked at a supermarket, but soon realized there had to be more to life. That prompted me to go back to school to do year 12, and then university.

I chose Sociology as my major, and then Asian Studies and Japanese as my minor, because of my father’s influence. I discovered after a year that I didn’t like Sociology: it was impacting how I interacted with people, making me over-analytical rather than social!  I ended up making Japanese my major and dropping back to part-time study.

When I was 25, an opportunity arose to go and live in Japan. My dad had connections there and he knew someone who taught at a cram school that had a vacancy.

So I packed my bags, unsure what to expect, and moved to a rural town called Nakatsu. I was meant to teach basic conversational English, so I didn’t have to do any special training.

As it was a working holiday visa, I could only work 20 hours per week. I taught primary and high school kids in afterschool classes, then adult classes at night. Once I got to know the people, I started doing private lessons; teaching kindergarten-aged children by playing games with them in English. My Japanese also improved as a result.

I enjoyed teaching a great deal and was thinking of doing a teaching certificate after finishing my degree upon my return to Australia.

After a year and a half in Japan I returned home and resumed my studies at university.

Unfortunately, a year later, while working on a river cruise bartending, I hurt my lower back. For a whole year I was in terrible pain: I couldn’t work or study, movement of any kind was hard. This caused me to withdraw from a few of my degree subjects after the late withdrawal date, so they were marked as failed.

At the time, I didn’t realize the impact it would have on my future career decisions.

After rehabilitation, I finally finished my Bachelor of Arts Japanese degree and decided to go back to Japan via the Jet program. Jet is an exchange program between Japan and Australia, where you are employed by the local city council to teach in local schools.

I was assigned to a small fishing village called Yoboku, famous for its squid fishing. Driving into it for the first time was quite an experience. An unbelievable sight: squid drying on endless clothes lines all along the town seashore.

The council put me in as an assistant teacher in a junior high school. Unlike the first time, I was teaching real classes now, assisting the actual teacher, Asami. I enjoyed teaching and being part of the community so much, that I stayed for 3 years instead of one as intended!

Working with Asami was amazing. She lived in America for a few years, so she had a different approach from most other teachers. She put a lot of emphasis on conversation and communicating.

While in most other schools Jets teachers were often considered to be class “clowns” who played games, I got to do structured teaching with a set curriculum. I spent a lot of time working with students one on one.

Apart from teaching at Yobuko Junior High, I also taught once a week at an island school. I caught a ferry each Tuesday to teach 15 kids there. It was such a rewarding and heart-felt experience to be welcomed and made part of their small island lifestyle.

You could only do the Jet program for 3 years. It worked out well for me: I enjoyed teaching, got to travel around Japan, and the pay was good, too. I was thinking of coming home at the end of the program, but then another chance opportunity presented itself: I met a lady who ran cram schools and needed a native speaker for an English program.

I jetted back to Australia for a month, got a sponsorship visa, and returned to start my new job in Katatsu, a small city not far from Yobuko.

I taught English at the school 3 days a week, and the other 3 days I drove to country towns and taught at affiliate schools.

While cram school is not compulsory, there is a lot more pressure on children in Japan. I learnt that if a kid was asleep in class, you don’t wake them up – they’ve probably been in school until 10-11 pm the night before.At the same time, however I did like how the education system promoted a lot of physical education, keeping the students active.

I loved teaching there and would have liked to stay. However, I was getting to an age when I wanted to come home.  It’s also very hard to assimilate in Japan – you are always a foreigner.

People I knew in Japan for years still complimented me on my use of chopsticks!

Also, apart from all that, another reason to come back from Japan was to get into teaching – do my Diploma of Education and become a kindergarten teacher, which had remained my plan for all these years. So, even though it was hard to leave, I returned to Australia.

Shortly after my return, I started looking at study options and found out that before doing my Dip Ed I would have to redo all the subjects I failed after my back injury! That would have taken me five and a half years, as I would have had to work full time as well to support myself.

Being 38 already, I wasn’t going to get qualified until 42. Then I’d have to start with at minimum wage. So with a heavy heart, I decided to abandon my teaching plans and to change career paths.

Leaving that dream was sad and disappointing, and I was a bit lost for a while. I did a few random jobs, hospitality and manufacturing.

Then I started dating a man called Rodney. He worked as a chef at a resort in Marysville and through him I got a job as an assistant manager there.

I always liked hospitality, but never thought of it as a career. In Marysville, I got my training and was eventually running all the events. It wasn’t too busy, mostly leisure events and only 10 weddings a year.

The owners had another property in the Blue Mountains, so Rodney and I got offered a job to run it. It was an old pub turned into a B&B. I was coordinating housekeeping, doing the finances, wages and rosters, basically managing the property.

I enjoyed it, and that’s when I realized that this could be a good path for me. But everything changed once the GFC happened. Things got very quiet, the owner was trying to cut costs drastically, getting us to do much more work for a lot less money. So Rodney and I decided to leave.

I heard through family connections about a job going at the Grange Cleveland Winery. After I went in for an interview, the owners explained they needed someone new, who was not entrenched in the old way of running things, to come in from the outside and help manage the staff.  I took the job as dining supervisor and conference coordinator.

Within a year I also took on the wedding coordinator role. I got to work nine-to-five hour days, which was great, even though I had to work Saturdays.

When I took over the weddings, they were averaging 17 a year, now we do around 35 a year. I am smashing my targets in that regard! I feel like I’ve discovered a lot of my natural talents and strengths in this role.

My job as the Events Manager is to liaise with the client before, during and sometimes after the event. I am there for the wedding couple or the conference organizer, discussing their needs, creating a package for them, providing pricing, drawing up the schedule, organizing any special requests.

I also coordinate the B&B leisure, such as mini getaways for couples, birthdays, dinners. With conferencing, I also up try to up-sell things such as winery tours, archery lessons, speakers and entertainment etc. On top of all that, I am responsible for the operations side of all events. 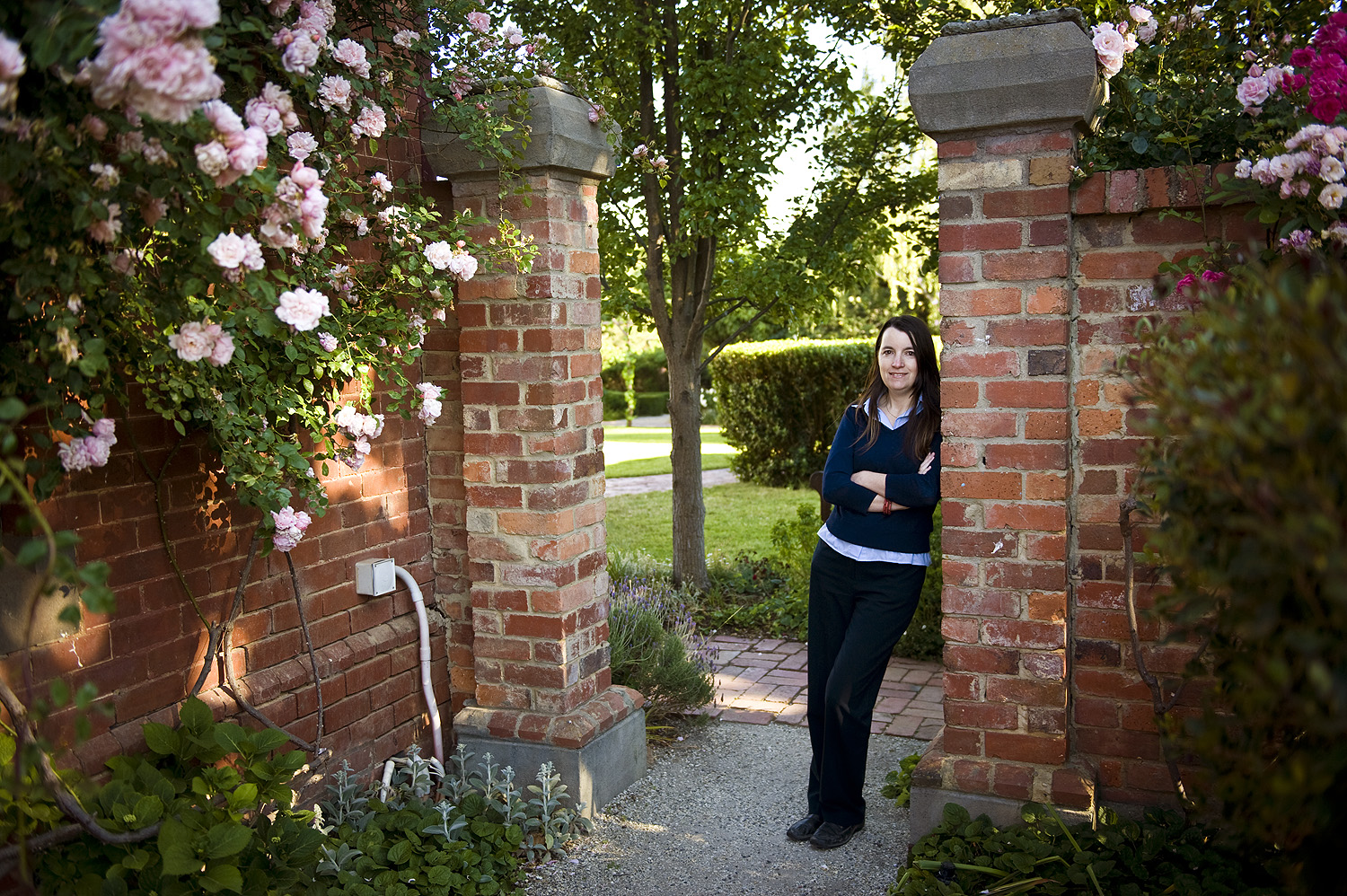 Sometimes it can be stressful, and can be long hours if you want to make sure the job is done properly. I do care a lot about the clients and I want their functions to go smoothly and sometimes that means staying back to prepare.

But there’s nothing better than seeing a happy bride after you’ve planned her day for 18 months! Client satisfaction is great, and a big part of my own job satisfaction.

I have been working in this job for over seven years. While I enjoy it, it would be interesting to eventually move into a more sales orientated position, to see what other opportunities are out there.

While I don’t want my job to define me, it’s important for me to like my work, and I don’t mind putting in extra hours and effort when that’s the case.  However, I do need that life-work balance; happiness in work and outside of it.

I am big on not having regrets.If I had become a kindergarten teacher, it would’ve been a very different path and would have meant missing out on some great experiences of my last few years.

I hear people say they love what they do and couldn’t possibly love doing anything else.  I think I’m lucky that I was able to experience teaching in Japan, and then find work in a completely different industry that ended up being just as fulfilling as I thought teaching would be.